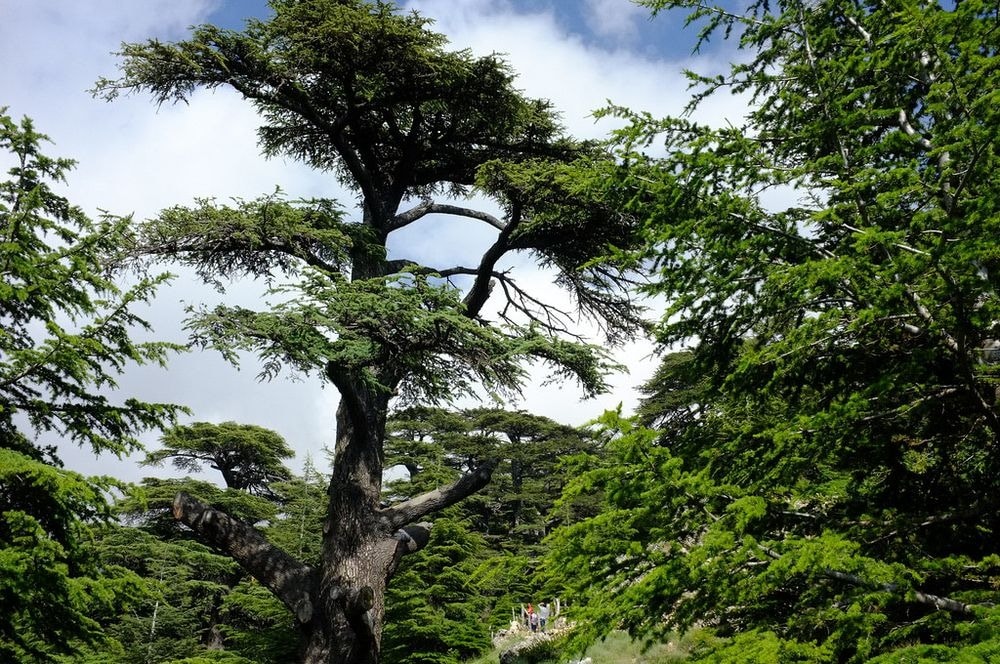 Many trees have an incredible heritage dating back thousands of years but none more so than the Cedar of Lebanon. It is a tree that is referenced in many books including the Bible described as strong and durable as well as graceful and beautiful. Academics are agreed that the Cedar of Lebanon is a symbol of Mary.  The history books have also recorded that the ancient civilisation of Phoenicia traded Cedar of Lebanon and made merchant ships from it marking the Phoenicians as the world’s first trading civilisation. The most famous forest, known as the Cedars of God, has diminished over the centuries and has just 25 acres remaining. This site has been an area of preservation since 1876 and in fact UNESCO declared it a world Heritage site some 20 years ago. The tree is so important to Lebanon that it features on the Lebanese flag because it is believed the tree symbolises prosperity, eternity, and happiness

Cedar Use In Furniture

Cedar of Lebanon (cedrus Libani ) is known for its unique fragrance and is prized by furniture makers for wardrobe interiors and the internal of drawers as the scent the wood gives off is known for keeping fabric eating moths away. Cedar of Lebanon is not to be confused with Western Red Cedar which has similar properties but is more widely used for external timber such as cladding to buildings. Cedar is a large evergreen conifer that can be quite ornamental featuring in the gardens of many stately homes. It is an incredibly special timber known for reflecting warmth giving an attractive neutral background. A softwood timber, cedar is easy to work with hand tools which make it sought after by the craftsman although you must be wary as it can be quite knotty and bark inclusions occur.

Cedar has many spiritual associations including healing, prayer, dreams, and protection against disease. These trees have different meanings for many civilisations, mortality, strength, and resilience being among them. Some tribes see the cedar as a symbol of generosity and have rituals around the felling of the trees. Its fragrance can evoke a sense of calm and well-being something we all need in today’s world.

Anyone planting cedar of Lebanon does so in the knowledge they likely will not live to see the tree fully mature as this will take decades and trees have been known reach 40m in height and have a girth of some 2.5m. As you can imagine Cedar of Lebanon is exceedingly rare so sustainability must be at the heart of any harvesting. They only have one trunk that has many branches growing out and can live as long over 1000 years old. A tree that has survived wars and seen kings and empires rise and fall should be truly treasured, as with all the magnificent wonders of this world.

This site uses Akismet to reduce spam. Learn how your comment data is processed.